I study the intersection of rhetoric, race, and religion. Grounded in an interdisciplinary understanding of scholarship, I study African American public address and rhetorical criticism, prophetic rhetoric, and rhetorical theology along with political rhetoric, homiletics, critical race theory, and religious and hip-hop studies. It finds a home in both the historical and contemporary. While I have an eclectic research agenda, I primarily focus on the areas below.  To download articles and book chapters, click here. 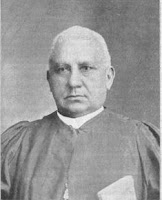 My primary research centers on the rhetorical career of African Methodist Episcopal Bishop HenryMcNeal Turner (1834-1915). I have devoted my academic career to unearthing and researching texts, speeches, letters, and other writings from Turner. I see my work on Turner as a reclamation project—drawing from the tools of rhetorical criticism, history, religious and African American studies to (re) introduce this vital figure to academic and contemporary audiences. I also see this as a significant addition to the field of African American Public Address, filling a void in the study of African American Public Address in the mid-to-late 19th century. The historiographer of the African Methodist Episcopal Church, Teresa Fry Brown calls me the “definitive scholar on the works of Henry McNeal Turner.”

No Future in This Country: The Prophetic Pessimism of Bishop Henry McNeal Turner. University Press of Mississippi (2020).

An African American Pastor Before and During the American Civil War: The Literary Archive of Henry McNeal Turner. Edwin Mellen Press, Volumes 1-6

"I Have Had to Pass through Blood and Fire” Henry McNeal Turner and the I Rhetorical Legacy of Reconstruction in Remembering the Memphis Massacre: An American Story edited by Beverly Greene Bond and Susan Eva O'Donavan. University of Georgia Press, 2020, 178-189

“Is the Negro Like Other People: Race, Religion and the Didactic Oratory of Henry McNeal Turner” in Converging Identities: Blackness in the Modern African Diaspora, Julius Adekunle (ed). Carolina Academic Press, 2013

“Further Silence Upon Our Part Would be an Outrage”: Bishop Henry McNeal Turner and the Colored Convention Movement” in, The Colored Conventions Movement: Black Organizing in the Nineteenth Century Gabrielle Foreman (ed). Duke University Press (Forthcoming, 2021)

In addition to my published, forthcoming, and future works on Turner, examining the rhetoric of Turner has led me to create the Henry McNeal Turner Project—a Digital Humanities project devoted to the collection of the writings of Turner. I am doing this work with the help of graduate and undergraduate students at the University of Memphis. Currently, we have uploaded texts from 1859-1900.

Moreover, my definition of prophetic rhetoric—as discourse grounded in the sacred, rooted in a community experience that offers a critique of existing communities and traditions by charging and challenging society to live up to the ideals they espoused while providing celebration, encouragement, and hope for a brighter future—yielded another contribution. This definition explicated a rhetorical structure that critics can use in rhetorical criticism. To demonstrate if a text is an example of prophetic rhetoric, first speakers must ground their rhetoric in what the speaker and the audience deem as sacred. Second, there is an element of consciousness-raising through a sharing or an announcement of the real situation. Third, there is a charge, challenge, critique, judgment, or warning to the audience(s) and finally, there is the offer of encouragement and hope.

(with Anthony J. Stone) “The Most Dangerous Negro in America”: Rhetoric, Race, and the Prophetic Pessimism of Martin Luther King Jr. Journal of Communication and Religion. Vol. 41 No. 1 2018 (p. 8-22).

“The Prophetic Persona of James Cone and the Rhetorical Construction of Black Theology.” Black Theology Journal 8.3 (2010) 266-285 *Top Article Award from the Religious Communication Association in 2011

(with Katherine Whitfield) Tyler Perry and the Rhetoric of Madea: Contrasting Performances of Perry’s Leading Lady as She Appears on Stage and Screen. Religions. Vol 10.7, 2019

(with Earle J. Fisher). “But, I Forgive You”: Mother Emanuel, Black Pain, and the Rhetoric of Forgiveness. Journal of Communication and Religion. Vol. 42 No. 1. 2019

"MLK and the Meeting that Never Was: Race, Racism, and the Negation of the Beloved Community." Journal of Communication and Religion, 2020

While much of my research is historical, my research is also contemporary. I study hip hop, presidential rhetoric, and social movement discourse; particularly Black Lives Matter.

“The Scold of Black America”: Obama, Race, and the African American Audience.” Howard Journal of Communications. Vol 28, No 2. (2017)

“You Go Out and Make Me Do It”: The Bully Pulpit and the Articulation of Black Pain Journal of Contemporary Rhetoric. Vol 5. Issue:3/4 (2015)

(with Dianna Watkins-Dickerson) "Fighting to be Heard: Shirley Chisholm and the Makings of a Womanist Rhetorical Framework" in Gender, Race, and Social Identity in American Politics edited by Lori L. Montalbano. Lexington Books. 2019, 155-168

What Do You Have to Lose”: Donald Trump, Religious Freedom, and the African American Vote.” The Rhetoric of Religious Freedom in the United States. Eric Miller (ed) Lexington Books, 2017. 183-200.

Dislocations and Shutdowns: MLK, BLM, and the Rhetoric of Confrontation. Journal of Contemporary Rhetoric Vol. 8 No. 3, 2018

Teaching in Ferguson: A Rhetorical Autoethnography from a Teacher/Activist. Southern Communication Journal. Vol. 81 No. 4. (2016) 267-269.