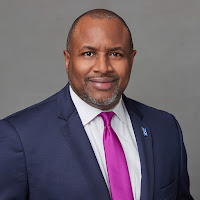 Andre E. Johnson, Ph.D. is an Associate Professor of Rhetoric and Media Studies in the Department of Communication and Film and the University of Memphis. He teaches classes in African American Public Address, Rhetoric Race and Religion, Media Studies, Interracial Communication, Rhetoric and Popular Culture, and Hip Hop Studies. He is also the Andrew Mellon Just Transformations Fellow at the Center for Black Digital Research at Penn State University. Additionally, along with his academic titles, he currently serves as Senior Pastor of Gifts of Life Ministries, an inner-city church built upon the servant leadership philosophy in Memphis, Tennessee.
Dr. Johnson was born and raised in Memphis, Tennessee, and after graduation, he attended the University of Tennessee at Martin, where he received his Bachelor of Science degree in Communication. He graduated from Memphis Theological Seminary, where he took the Master of Divinity degree and completed the Doctor of Philosophy degree in Communication at the University of Memphis. Dr. Johnson's dissertation, The Prophetic Oratory of Henry McNeal Turner, was under the direction of Michael C. Leff (2008).

Prentice A. Meador (1938-2008). "War-Time Speeches of Cordell Hull, Secretary of State: Collected and Edited with Introduction and Notes." The University of Illinois (Ph.D., 1964) 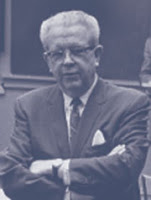