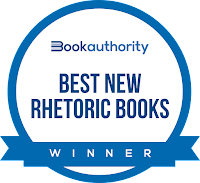 We are pleased to announce that "No Future in This Country: The Prophetic Pessimism of Bishop Henry McNeal Turner made it to BookAuthority's Best New Rhetoric Books: BookAuthority collects and ranks the best books in the world, and it is a great honor to get this kind of recognition. Thank you for all your support!

No Future in This Country: The Prophetic Pessimism of Bishop Henry McNeal Turner is a history of the career of Bishop Henry McNeal Turner (1834–1915), specifically focusing on his work from 1896 to 1915. Drawing on the copious amount of material from Turner’s speeches, editorial, and open and private letters, Andre E. Johnson tells a story of how Turner provided rhetorical leadership during a period in which America defaulted on many of the rights and privileges gained for African Americans during Reconstruction. Unlike many of his contemporaries during this period, Turner did not opt to proclaim an optimistic view of race relations. Instead, Johnson argues that Turner adopted a prophetic persona of a pessimistic prophet who not only spoke truth to power but, in so doing, also challenged and pushed African Americans to believe in themselves.
At this time in his life, Turner had no confidence in American institutions or that the American people would live up to the promises outlined in their sacred documents. While he argued that emigration was the only way for African Americans to retain their “personhood” status, he also would come to believe that African Americans would never emigrate to Africa. He argued that many African Americans were so oppressed and so stripped of agency because they were surrounded by continued negative assessments of their personhood that belief in emigration was not possible. Turner’s position limited his rhetorical options, but by adopting a pessimistic prophetic voice that bore witness to the atrocities African Americans faced, Turner found space for his oratory, which reflected itself within the lament tradition of prophecy.